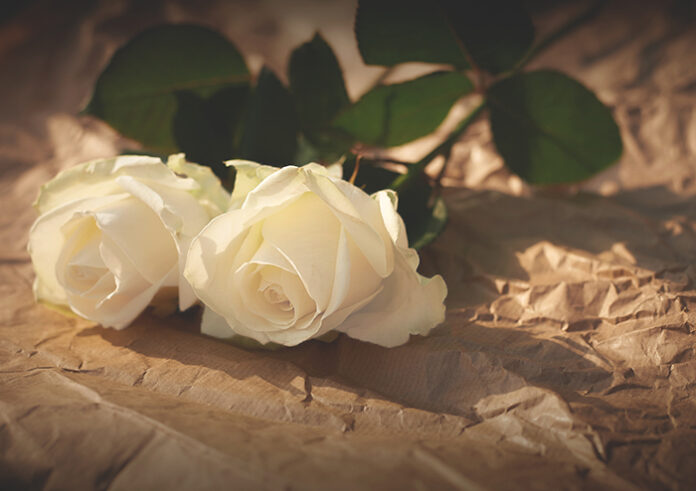 Mother’s Day is often a blessed day filled with Hallmark cards, chocolate-covered strawberries, and brunch after church. For many however, Mother’s Day is a day of sadness.

When I was a child our small church had a long-standing tradition on Mother’s Day. If your mother was living, you wore a red corsage and if your mother had passed, you wore a white one. Both men and the women participated and I still recall my daddy taking out his pocket knife and cutting a white rose off one bush and a red rose of another.

When Mama died, I didn’t inherit diamonds or pearls. And it took me a few years to see more fully what treasure she really did gift me with.

This tradition has mostly died out as people don’t dress us as we once did.  Corsages and boutonnieres clash with today’s cargo shorts, sun dresses, and flip flops. But it might be fun to do a little something more special on that day than what is often the case. Our culture could use a good dose of some traditions and a bit more formality. Enough grousing.

This September makes four years since my mother escaped the pain and struggles of earth and is now singing and worshipping in heaven. Each additional year does not lessen the pain of the loss, no matter what you’ve been told.

When you’re in the club that wears the white corsages, it’s a club none want to be in. We would much rather be in the group who gets to sport a red rose. However, since Mama died and placed me in this club, there is one gift I’ve received. It’s the gift of legacy.

Have you ever pondered what legacy you will inherit? We mostly think on this in terms of financial inheritance, such as businesses, land, or diamonds. But the Bible clearly tells us in Matthew 6:19-20, “Do not store up for yourselves treasures on earth, where moth and rust destroy, and where thieves break in and steal. But store up for yourselves treasures in heaven, where moth and rust do not destroy and where thieves do not break in and steal.”

When Mama died, she had little in the way of money. She and Daddy were hard-working, middle class Americans. Salt-of-the-earth is what we called them. Mama taught Sunday school for about 40 years and sang in the choir. Daddy was a deacon and is still on the building committee. She cooked a million casseroles, at least.

When Mama died, I didn’t inherit diamonds or pearls. And it took me a few years to see more fully what treasure she really did gift me with. The gift was a rock-solid spiritual legacy to build my life on and to pass along to my children.

May I encourage you mothers out there to enjoy your day. Yes, you deserve to be recognized and adored. Because deep down, you know the weight God has placed upon your shoulders. The responsibility of raising your children and steering them in the right direction, physically, emotionally, and spiritually is a heavy job.

Take a moment, after you awaken from your much-deserved afternoon nap, to seek God’s guidance in your life to ensure you’re leaving a legacy that truly counts—a solid spiritual foundation. Because when you’re gone, they’ll need something to hold onto when they can’t hold you. Take it from someone in the white corsage club, a life of service and godliness will be your greatest gift to them.

5 Less Talked About Secrets of a Strong Marriage

Father’s Day Brings Back Memories of My Dad