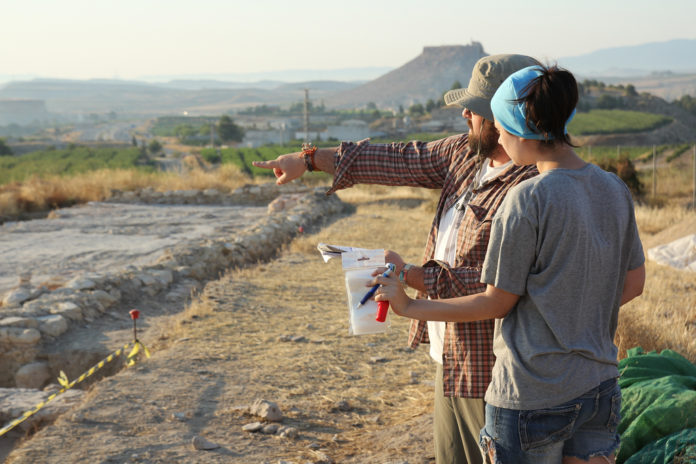 Archaeologists from the Southwestern Baptist Theological Seminary have uncovered an ancient city and cemetery with eight Nestorian gravestones in Usharal village. This recent discovery proves that Christianity was present in Kazakhstan long before Western imperialism, The Astana Times reports.

The ancient city called Ilyn Balik is located 60 kilometers from the Chinese border and is well known from pilgrims’ travels.

The August excavation was a follow-up work to the discovery of an inscribed stone marked with a cross by a local two years ago. Tom Davis, Archaeology Department Chairman at Southwestern Baptist Theological Seminary, revealed that this discovery is the first archaeological evidence of a Christian community in the Muslim-majority nation. He said that this is a “huge” significance for Kazakh Christians.

The grave markers, which bear crosses typical of eastern Christianity, provide local believers with a “cultural defense” of their faith by allowing them to cite it as “rooted in who [they] have been in the past,” Davis explained.

Zane Pratt, the International Mission Board’s vice president for global training and a former regional leader in Central Asia, said there is significant ignorance of the country’s Christian heritage despite the knowledge that Christianity is part of Kazakhstan’s history.

The findings show that Kazakhstan was home for Muslims, Buddhists and Christians who lived among the local herdsmen and nomadic tribes. The Kazakh government is proud of its multi-cultural history and the country’s Christian community has reacted positively to the discovery.

Christians Call a Prostitution Ban in the Netherlands