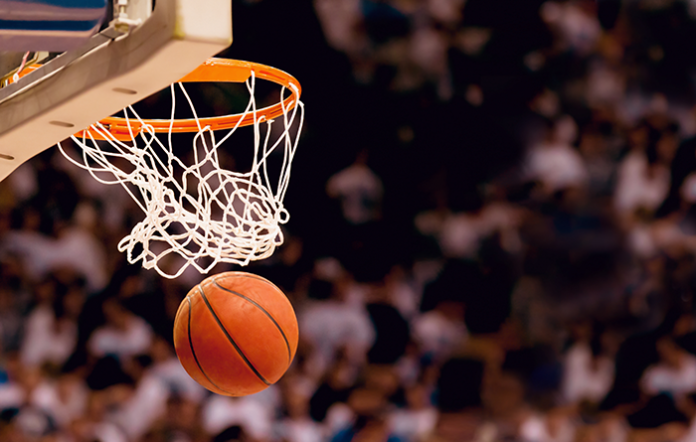 Cleveland Cavaliers Coach Tyronn Lue is glad March is over.

After all, the NBA World Champions went 7-10 during the month and just appeared to be “out of sync” as playoff time draws near.

The team remains in first place, but their chemistry needs to be coming together soon if the Cavs plan on defending their title.

Lue’s mother is a Baptist minister and sends her son scripture every day to encourage the 2016 ESPY Award Winning Best Coach.

Lue, in his second season as the head coach, felt better after the team put together a solid 48 minutes of teamwork and came away with a convincing 122-105 win over Philadelphia. The win halted a three-game losing skid.

“That meant a lot to me and put things into perspective,” he said. “That verse says if we keep working hard and working toward a goal, then we will reach that goal.”

Having the big three on the floor (LeBron James, Kyrie Irving and Kevin Love) can be comforting for Lue during the game. However, when game plans don’t seem to fall into place, Lue knows he can always count on Biblical scriptures as a source of comfort. Those scriptures won’t win him ball games, but they will help him achieve his ultimate goal one day.

Lue’s mother is a Baptist minister and sends her son scripture every day to encourage the 2016 ESPY Award Winning Best Coach.

“She is always telling me to stay positive and see the big picture,” Lue said after the game Friday night. “I have to focus on my job as coach, but I also need to focus on my relationship with God, and she makes sure of that.”

Before Friday’s game, Lue received his daily text from his mother. This one, like many, had a note of encouragement.

She knew the team had been struggling, and her son felt ultimately responsible. She sent him a message from the New Testament book of Galatians, chapter 6, verses 9 and 10.

“And let us not be weary in well doing: for in due season we shall reap, if we faint not. As we have therefore opportunity, let us do good unto all men, especially unto them who are of the household of faith.”

In that text, she let her son know everything was going to be alright.

“That meant a lot to me and put things into perspective,” he said. “That verse says if we keep working hard and working toward a goal, then we will reach that goal.”

The verse was not only inspiring but prophetic as the Cavs defeated Philadelphia by 17 points.

“It’s in my heart, and it’s been great for my family,” Lue said of his upbringing in the church. “In this job, there are a lot of ups and downs. That’s where having a strong faith helps you through those tough times and keeps you humble during the good ones.”

Lue sees the big picture. His job is on earth is to win basketball games. He won a championship as a coach last year in Cleveland and won two when he played for the Los Angeles Lakers. But his ultimate goal is to wear a robe and crown instead of an NBA Championship ring.

“I press toward the mark for the prize of the high calling of God in Christ Jesus,” Philippians 3:14

Recipes Rhonda Krill - January 9, 2020
My kids used to love having their friends over for this green soup because to a kid, it looks gross, but even to a...

Movies Beckie Lindsey - December 9, 2019
The hit faith-based movie Overcomer has grossed more than $34 million and will release on DVD/Blue-Ray on December 17 in time for the holidays. The...

Kingdom Racing is a Winner in Life’s Race

Wentzwagon Derailed, But Not Out