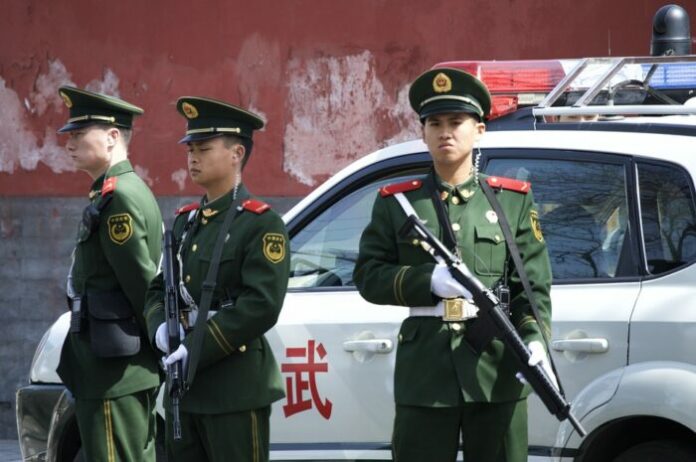 In another part of a crackdown on Christianity, China now offers a bounty to those who snitch on Christians.

Authorities will give up to $1,500 (10,000 yuan) –about two month’s worth of salary, to people who report members, especially leaders, of underground churches to the government. China aims to control all organized religions in the country, reports The Christian Institute.

I think it just shows how desperate the government are to crack down on religion in China. —Elaine Pang, British Chinese Christian

Elaine Pang, a British Chinese Christian living in London, lamented on the latest strategy of the Communist Party to curtail the growing Christianity in China. She revealed, though, that she is not surprised by this latest move of the Chinese government.

“There’s a massive underground church network in China, as most Christians might know,” she said in an interview with Premier. “I think it just shows how desperate the government are to crack down on religion in China.”

Pang lived in China for five years and she knows that money is a great influence to the Chinese from getting an education to landing a job. “Now that they’re using this kind of means to crack down on the churches, it’s quite expected. I think it’s sad, but not surprising.”

Religious freedom ministry Release International expressed concern in the series of persecution measures against Christians being implemented in China.

Spokesman Andrew Boyd said, “One Christian told our partners that there seems to be no solution now to having to meet in secret in that country and its registered churches that are also struggling.” He disclosed that Christians are now forced to worship in private, on their own.

Recently, senior Chinese official Xu Xiaohong vowed to get rid of Christianity in the Communist country. He claimed that, “Anti-China forces in the West are trying to continue to influence China’s social stability and even subvert our country’s political power through Christianity, and it is doomed to fail.”

China is said to have 40 million ‘official’ Christians, but many believe that members of the underground church exceed those who are registered Christians.

Christians in New Zealand Want ‘Jesus’ Back in Parliament Prayer

300 Million People Use This Bible App