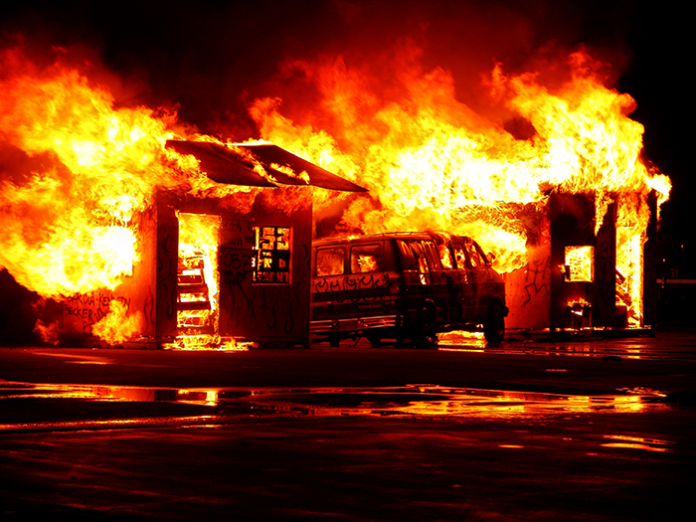 The Council of Pastors of La Araucanía in Chile said the recent burning of churches in the region did not stop Christianity from growing.

The Christian Missionary Alliance church was burned down on August 3, 2018 in the town of Padre Las Casas south of Chile. Church leaders claimed it was intentional. The Council of Pastors believed that “the violent actions seek to prevent our growth,” according to Evangelical Focus.

It is the responsibility of the State to ensure that events such as these don’t happen again, by ensuring that those responsible are brought to justice, as well as protecting the victims and ensuring their church is rebuilt. —Araucanía Pastors’ Council

The evangelical church was also attacked a month ago, but firefighters were able to put out the fire before it caused any major damage in the building.

The governor of the province of Cautín, Mauricio Ojeda, said the conflict between Mapuche communities and private companies might be the reason for the arson attacks. He disclosed that pamphlets were scattered around the site of the fire which alludes to the Mapuche cause.

The south of Chile has seen several incidents of violence as Mapuches demanded their right to ancestral territories that are legally owned by agricultural or forestry companies. Many Mapuche villagers have died and were incarcerated because of the conflict.

Radical members of Mapuche have burned down 27 Catholic and evangelical churches since 2015. Despite the decades-long conflict in the area, the Regional Council of Pastors (RCP) said more than 2,000 evangelical temples are established in the Mapuche community.

Matías Sanhueza, president of the RCP, said there are several reasons why Christianity is growing in Mapuche amid the difficulties. He revealed that Mapuche pastors are continuously training to help them lead in their communities. Also, two major projects are ongoing which aim to strengthen the indigenous community: rescuing the Mapuche language, and translation of the Old Testament into Mapuche language.

The majority of Mapuches identify as Christian: 55% as Catholic, and 32% as Protestant. Despite the high number, Christians are still seen and treated as outsiders, reports the World Watch Monitor.

Juan Mella, leader of an Assemblies of God church which was also burned down recently, lamented the arson attacks.

“Each human being can have their own views with regard to faith, spirituality,” he said. “We have never imposed our faith, but we have shared it with everyone because the Lord sent us to every nation, every tribe.”

The Pastors’ Council of Araucanía released a statement condemning the violent attacks against Christians. Part of the statement said, “It is the responsibility of the State to ensure that events such as these don’t happen again, by ensuring that those responsible are brought to justice, as well as protecting the victims and ensuring their church is rebuilt.”

Pilgrims to Jerusalem Reached an All-time High of 3.6M