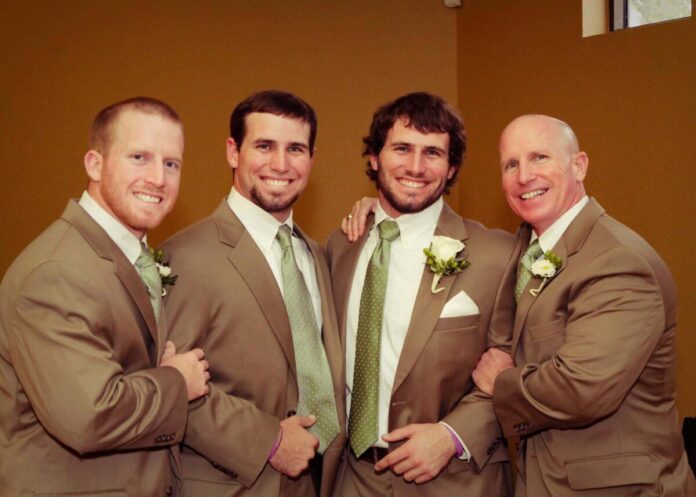 Storyteller and creator of the movie, The Father Effect, John Finch saw a need for Christian community, belonging and support for men with various struggles.

Encouraging Dads, an outreach ministry created in May 2017, was formed by Finch to counsel and encourage men on how to become Godly dads as they seek to glorify God together in their calling as dads.

The inspiration of the formation of Encouraging Dads was due to the making of, The Father Effect, and the impact that it had on Finch.

The purpose of Encouraging Dads is simple: to build a community of real and authentic men to be encouraging and Godly men in and outside of their communities and families.

Encouraging Dads consists of a group of Christian counselors and Fatherhood experts and dads, who are very well-rounded and educated on the subject matter of fathering. They incorporate teachings from the Word of God, the Bible, so that they can role model to men how to become better dads.

“We get insights from the Christian counselors, fatherhood experts and dads to encourage dads to be better dads,” Finch tells Atlanta Christian Voice.

Some of the advice given from these Christian counselors and fatherhood experts is how fathers can heal from their past father wounds.

According to The Father Effect, a father wound carries into adulthood from childhood from previously inflicted wounds from a child’s father. Some of these father wounds include when a child is abandoned by his or her father, when his or her parents divorce or when the child experiences feelings, such as feeling unimportant to his or her father.

Encouraging Dads provides a safe environment for dads to talk about their father wounds.

“I think in being able to share all the stories from various dads gives dads hope that no matter how deep their struggle is that they are not alone,” Finch said. “If we can come alongside each other and help each other through those struggles, that is the most important piece.”

“I think in being able to share all the stories from various dads gives dads hope that no matter how deep their struggle is that they are not alone,” Finch said.

The works of Encouraging Dads has been richly blessed in that God has grown into a diverse outreach ministry because of the variety of men that come into the ministry in order for their fatherhood needs to be met.

“We’ve been very fortunate to interview men from NFL and NHL and all kinds of dads with diverse backgrounds and that’s exciting,” Finch tells Atlanta Christian Voice. “There’s power in everyone’s story and everyone can connect from everyone’s story. That leads to a lot of changed lives for other men.”

Men in Encouraging Dads can come together and share their struggles without feeling shame.

“[Encouraging Dads] is about dads being real in their own struggles and issues, authentic and honest conversations, and building community and brotherhood,” Finch tells Atlanta Christian Voice.