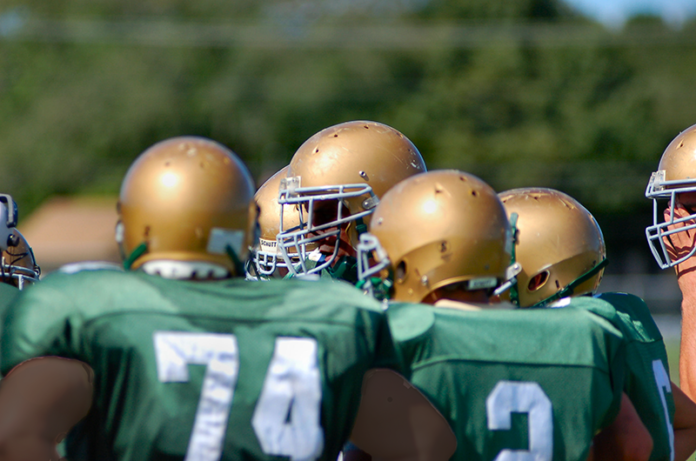 Palm Beach County residents are familiar with the presence of well-known figures living around them. Attorney and member of First Presbyterian church in North Palm Beach, Tom Miller and his family have spent the past few months in the limelight due to their direct connections to the recent movie Woodlawn.

The movie follows the African-American running back, Tony Nathan at Woodlawn high school amidst racism in Birmingham, Alabama, and the radical victory their team experienced through unity and faith in Jesus Christ.

Miller said his sister, Cathy Miller Benton, was involved in the Tri-Hi-Y service club, when a group of them went to Expo ’72 and came back on fire for Jesus.

“Cathy’s boyfriend, Skip Benton, who is now her husband, was a football player on the [Woodlawn] team,” he said. “They got involved in Campus Life, and so that’s how it got started.”   According to Cathy, Skip was Tony Nathan’s offensive right guard.

After the players came to Christ, any racial tension on the team disappeared. Any residing racism in the school never included the players, said Benton, the former Woodlawn right guard,

The racial tensions provide a backdrop for the movie and the real life events, which were overcome with the start of first Fellowship of Christian Athletes (FCA) meetings.

The Woodlawn high school football team did not have any African-American players in 1969, when Miller’s oldest brother, Joey, played on the team.

“People thought [African-Americans] were pretty good at baseball, but they weren’t any good at football and that’s what people thought,” Miller said.

Racial tension rose in 1972, which was felt throughout the school and the football team.

“Because of the racial problems on the team, Joey said they didn’t really play as a team,” he said. “They ended up six and four [in the 1972 season].”

At one point, the tensions boiled over causing the school to shutdown for a few days. Tom Miller said his brother remembered being only one of two students in a class, because the parents were too afraid to send their children to school.

These events transpired before the fall of 1973.

In August of 1973, the team would begin a change that would be felt throughout the community.

Wales Goebel was a man who found his mission for God to speak to different high schools about Jesus Christ. He was invited to speak to the team during their first football camp of the season, where the players spent a week together, sleeping in the gym.

Skip Benton was a part of the team when Goebel spoke. He was in his senior year at Woodlawn and played at the right guard position on the offensive line.

According to Benton, they sat in the bleachers in the gym as Goebel spoke.

“Are you confident you are going to Heaven, if you die today?” Benton recalled in his own words of what the speaker said.

Forty-six players made up the team and were all in the bleachers.

“He had us close our eyes like preachers normally do and asked us to come down to him,” he said. “You could hear a lot of people moving around.”

After the players came to Christ, any racial tension on the team disappeared. Any residing racism in the school never included the players, according to the former Woodlawn right guard.

God uses the ordinary commitments of His people to do extraordinary things,” Benton said as a summary of Woodlawn.

The season did not begin until September. Benton said the team was challenged with the loss being a test after having committed their lives to Christ in August.

According to Miller, the African-American running back Nathan was one of the Christian leaders on the team. He led the team as they began to pray on the field during timeouts.

He remembered controversy about the praying through the newspapers.

“There was controversy whether they were praying for victory or praying to do their best and that God would be glorified,” Miller said.

Benton recalled the prayers on the field as well.

“I don’t know about the other guys, but I didn’t pray to win games, but to show Christ,” he said.

Benton said something obvious was happening at Woodlawn, among the team, but also the school.

“It spread from the football team to the high school, then the community,” he said.

During the 1973 season, the players would attend Bible studies at homes in the community as a part of FCA meetings.

“[Head coach Tandy] Gerelds came to the house, because he thought he would come just to see what all these guys were doing after they had all become Christians,” Miller said.

As depicted in the movie, Gerelds came to Sarah Miller’s home, who was Tom Miller’s mother, where the first FCA meetings were held in the area.

Benton said Gereld accepted Christ at the meeting he attended. Beforehand, he had been a good man, but never chose to follow God.

He said the message of the story of Woodlawn transcends the racism that serves as a backdrop. The story is still relevant to people now, in the unity of our community and in their choices through Christ.

“God uses the ordinary commitments of His people to do extraordinary things,” Benton said as a summary of Woodlawn.

Todd Gerelds, Tandy Gereld’s son, first wrote about the events that occurred at the school first as a book entitled Woodlawn: One Hope. One Dream. One Way.

Benton said he was humbled when he found out there would be a movie. He said the movie was very accurate in its depiction of what happened.

“You don’t realize the effects of your life five, ten, fifteen years down the road,” he said.

Jeremy Camp doesn’t write songs for radio: I want to ‘connect with the heart’

Movies Michael Foust - October 25, 2021
I deleted Disney Plus from my television the other day -- much to the consternation of my 9-year-old daughter. She enjoys shows about ponies and...

Newsboys say they will tour until they are 80: We are just getting started!

Movies Michael Foust - October 7, 2021
Michael Tait says he’s spent most of his life “on the road” while traveling in a bus from city to city and performing in...

The Unspoken Root of Trauma – Divorce