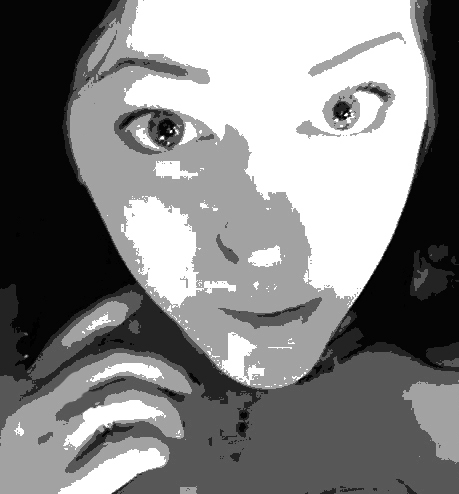 GAYLORD — For most people, a nightmare lasts for mere seconds, but for one Gaylord woman and another Detroit woman, it took up most of their childhoods.

Mary,* 31, a stay-at-home mom, is a survivor of child sex trafficking. (*The names used in this story are false to protect their identities) The nightmare encompassed 13 years of her childhood. She was forced into it by her own grandfather, while the rest of the family ignored the signs of what was happening.

Her family lived in Belleville, Mich. at the time. Mary’s parents both had to work to make a living for them and their family. They also started abusing drugs and alcohol to deal with stress. So, her grandfather offered to help raise her. He was an executive at a large automotive corporation and knew a lot of people.  To most, he was a pillar of the community.

“I was three when it started,” explains Mary. “Some memories are cloudy, but unfortunately I still remember a lot at three. It started with playing a game of tag. There were many men, and a few girls. I didn’t realize this wasn’t a normal game. A group of men would tag the girls they wanted.
Some men picked me and another girl [Sarah]. We were the youngest two.”

“Yes. All the girls would run around and guys caught us. It was like freeze tag or whatever that is called. I guess it was a a way to relax new girls,” says Sarah, who is now struggling to break away from a life of prostitution, the only “job” she has ever known.

“They blindfolded us and took us to a location I am not sure of still to this day,” says Mary. “These men took turns breaking us in. I remember it lasting what seemed like forever.  I believe I may have blacked out at one point. I remember the screams the most. I don’t know if they were coming from the other girl, or myself.”

There were around 15 children involved in this particular sex trafficking ring, but many were in and out of the ring quickly. Mary estimates the houses were run by about three men, but because she was blindfolded until led to her work room, she can only guess. There were some women around who tried to console the girls, tell them to just relax and would help clean the girls up.

“[Sarah] and I were kept together when we first started because the men gave us lessons. After a few weeks,  we were separated. Some men asked for a couple girls, so we did work together off and on.

“[Forcing us to have sex with strangers] was a daily occurrence. We did it for hours at a time. I would lose track of time. Eventually I lost track of the number of men a day. They would come in, often one after another. I had little time in between. Sometimes I would be cleaned up in between. It depended on what the man wanted and paid for.”

“During the school year, I went to school and ‘worked’ after. My grandfather would offer to watch me. He would take me from school to these locations,” Mary said. Her grandfather’s sex ring kept their moving locations so as not to be caught. Usually they used abandoned houses, but sometimes motels.

The men used fear to keep the girls in line. The men told them their families would hate them and not believe them.

“Often I was told my family would be killed if I said anything. My grandfather once killed a cat in front of us to show us an example of what would happen to our family.”

Sarah remembers the incident well, “We threatened to tell because [Mary] had been raped all day non-stop and was bleeding really bad. He took the cat and cut its neck off and said he would do the same to our family if we
told.”

In Mary’s case, however, the word did eventually get out. When she was 8 years-old, she told a cousin, who later told the school. Terrified of what might happen, Mary denied everything and it was dropped.

Somehow, five years later a social worker came across the report. It took many months to build a case because Mary’s grandfather was still very
much a part of her life.

“My parents were very convinced I was making up stuff because he was found not guilty, and he would never do that. He just got better at covering it up. I started believing them and backtracked on a lot of what happened.”

“My grandfather was a great manipulator. He always was one step a head of everyone.  He sweet-talked his way out of everything. He was very well liked.”

In the end, the jury found her grandfather not guilty, but he did lose his job with the automotive corporation. Still, he continued his child sex trafficking ring and kept Mary involved.

“Courts are getting better at prosecuting sexual abuse cases,” says Gaylord counselor Kathryn Holmes, L.P.C., who has had training in helping survivors of human sex trafficking. “But it’s a very traumatic for the child when they are facing their abuser in court. Some states allow the children to be accompanied by a companion dog. They can talk to the dog instead of facing their abuser.”

According to Holmes, police and parents are also getting better at knowing what to look for. Signs a child may have been sexually abuse can include aggressive behavior, mistrust, fear, regressive behavior and sexualized behavior.

“I was afraid of everybody as a child,” says Mary. “I didn’t want people touching me. I thought every man had a potential of hurting me, even though I thought this life was normal. I had very bad anger outbursts, and hated the world as a child. I started cutting myself at 9 because I thought everything was my fault.”

“The two of us became pretty close,” says Sarah. “She would protect me a lot. Our grandpas were friends, so we became inseparable. We called ourselves rape buddies.”

At 16, she and her friend Sarah were aged out of the ring. They had become too old for what the pedophiles were looking for.

By this time, Mary’s parents had divorced and her father had moved to Gaylord. To escape what she had been through, Mary moved in with him and tried to resume a normal teen life in a new location.

Sarah, not having any family support and having become pregnant by one of her abusers, went into prostitution to support herself and child. After a series of arrests and pregnancies, she is now trying to break away from that lifestyle, but still lacks skills to find a real job.

According to Holmes, just becoming an adult does not make the affects of sexual abuse go away. Survivors often hold feelings of rage, fear and anger. Guilt or blaming themselves is very common. They may become promiscuous. Some have extreme difficulty being intimate or enjoying sex with someone they love. Often they have an inability to recall pieces of their childhood.

Both Mary and Sarah are still haunted by memories they do retain.

A counselor Sarah estimated the girls were probably raped thousands of times during their childhood.

To this day, both of their families deny the abuse for the most part. Until recently when he passed away, Mary’s grandfather was still invited to the same family gatherings as Mary. She simply tried to avoid him.

“My parents believe parts of it now, but refuse to believe most of it,” says Mary. “My mom admits she overlooked clear signs of sexual abuse.”

When family members refuse to believe survivors of abuse, it creates more problems, notes Holmes. The attack is the primary trauma. However, not having a support group at home creates a secondary trauma for the child, which complicates matters.

“Everyday I struggle to get out of bed and face the world. I continue to fight my demons, because I have my own child who needs me. Because of my childhood I have looked in many places for love, only to be abused and torn down,” says Mary.

“Sometimes I still don’t think I know what real love is. I have so much hate towards myself, and guilt for allowing things to happen. I am manic depressive and have Post Traumatic Stress Disorder (PTSD).”

Despite the struggles, Mary wanted to come forward with her story and help others. “People don’t think this stuff happens. Children you see everyday could be victims. Your own child, boy or girl, could be going through something similar. Someone needs to speak up for these children, who can’t speak for themselves. I wish someone would have for me. This isn’t just an issue outside the United States. This is a local problem that needs to be stopped.

“I [feel like I] am a horrible helicopter parent because I don’t want my own child ever experiencing the life I did. I fear the world and I am afraid I am making my child do the same.”

Holmes says there a number of successful therapies for those who have been sexually abused. These include Cognitive Behavior Therapy, Solution-Focused Therapy, Play Therapy and Eye Movement Desensitization and Reprocessing (EMDR).

“It is very important to talk for the person to talk with a professional counselor,” says Holmes. For children who have been sexually abused, it may be necessary for the child to speak to a counselor at various developmental stages, because their brains can only handle so much developmentally.

Many counselors will work with clients who have limited financial resources. Some even have sliding-fee scales.

Holmes says a person who cannot connect with the first counselor they try should keep searching for one whom they can. Usually, within two or three sessions, a client can tell if they have a counselor they feel comfortable with.

Holmes handles counseling for children, adolescents, families and adults, including survivors of sexual abuse. She can be contacted at (989) 370-0564.

Help is also available through these resources:

From Cancer Diagnosis to Earring Empire

What Christians Can Learn from Passover