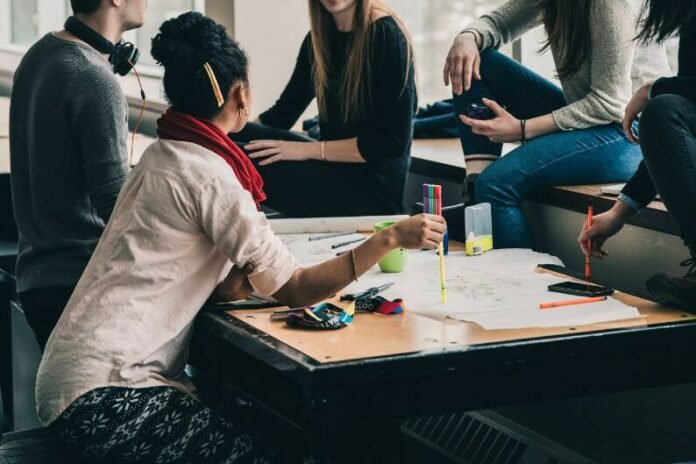 Too often we don’t learn about our brothers and sisters in Christ until their funeral or memorial service. What better time to hear them speak about their life and what they learned than the present?

The Dorothy C. Blakely Memoir Project was first put into place at The Academy for Academic Excellence (AAE) in Apple Valley and involved over one-hundred volunteers. What began as a High Desert California Writers Club project recently moved to the Jess Ranch Community Church in Apple Valley, with some variations, when Mr. Don Allen was interviewed at their monthly Family Night on January 16, 2019.

Too often we don’t learn about our brothers and sisters in Christ until their funeral or memorial service.

AAE teacher, Charlotte Wilmuth-Street assigned her twelfth graders thirty-five-hundred-word maximum memoirs of people age fifty and over, the “Memoir Stars.” Writers club members taught students that a memoir is different from an autobiography. A memoir is a window on a life, a recounting of important, defining moments, whereas an autobiography covers an entire life, usually in chronological order.

Interviewing, story structure, editing, and even grammar lessons were taught so students could write a rough draft. Then members worked one-on-three with students to polish their drafts. The club, with the help of student photographers, published the students’ work, resulting in Let It Be Recorded: A Collection of Memoirs, year one, and All Our Yesterdays: A Collection of Memoirs, year two. In year three, the project was conducted in a Victorville school, University Preparatory High School, when the principal, Valerie Hatcher, and 11th grade teacher, Anna Lovato, became interested. Year three produced Footprints from Around the World: A Collection of Memoirs. All three books are available on Amazon.com.

So, could the program be modified to focus on one individual and be presented orally? As a church and writers club member who was also director for the project year two and three, I was approached to interview Mr. Don Allen, a community member of long standing. We met together and I used the initial exercise about “turning points,” that was lesson one for students. I asked Don to identify the turning points in his life with a list of common ones to jog his memory, such as “school,” “military,” and “accidents.” As Don talked about his defining moments, I took notes and came up with questions to ask him on Family Night in front of an audience such as, “Many of us attended your wedding. Tell us how you and your wife met and fell in love.” Don looked over the questions before his public interview, so he knew what I would be asking.

A poignant part of the interview was when Don talked about his diagnosis of pancreatic cancer. Although he plans to fight this disease with the help of prayer, The City of Hope and nutrition, Don ended by reading his obituary. I surmised that only a Christian could have his positive attitude. Don’s philosophy is “Life is good. Love is better.”

Attendees concluded that Don’s discussion of his life was inspirational and allowed them to know him better and appreciate a life well-lived. There is a request to have more “Memoir Stars” from the congregation featured in the future.

I encourage church leaders or school program coordinators to make a member a “Memoir Star.”

Here are eight tips for making your program a success:

Best wishes for introducing a program that is sure to be a hit with listeners. You may even get a waiting list of people who want to be Memoir Stars.

Recipes Rhonda Krill - January 9, 2020
My kids used to love having their friends over for this green soup because to a kid, it looks gross, but even to a...

Movies Beckie Lindsey - December 9, 2019
The hit faith-based movie Overcomer has grossed more than $34 million and will release on DVD/Blue-Ray on December 17 in time for the holidays. The...

Stop, Rewind, Start Over: When Homeschool Moms Mess Up

Back to School: Make Studying A Lifestyle—Live to Learn!