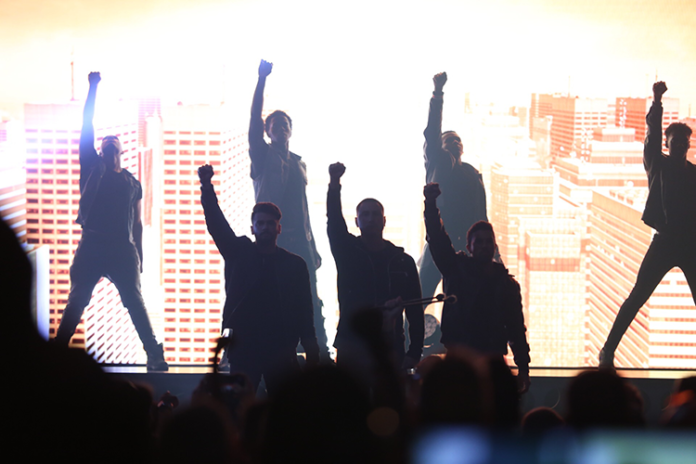 The testosterone was flowing at Christ Fellowship’s Diesel event on October 13, 2016. It flowed just like the complimentary sweet tea that was distributed to guests through spigoted wooden cisterns in the church’s parking lot. It was evident in the monstrous tractors and swamp buggies that were on display. It was demonstrated through the air soft shooting range provided by Okeechobee Shooting Sports and the primal car smash that put sledgehammers and crowbars in the hands of the men in attendance, allowing them to take out their frustration on junked vehicles.  In fact, the only thing missing was a bare-chested wood-chopping competition in front of a televised football game.

My friend and I arrived a little after 6:00 p.m. and walked the grounds, taking in the aforementioned manly attractions and activities. We made our way to the section of food trucks parked outside where we had a number of choices: everything from ice cream to gyros to burritos. We wolfed down two burgers standing over a table made of (what else?) a large wooden cable spool.

We were then told to head inside the worship hall for the main event where some of the hipster pastors were leading select members of the audience in more chest-thumping contests on stage. There was a timed big-rig tire flip and a live Mad Libs-type game where men were summoned to the stage to recall their favorite meal or worst date and then had to incorporate unrelated words into their stories.

After this, Christ Fellowship co-founder Dr. Tom Mullins came out and used a litany of football lingo (“focus,” “game time,” and, “tackling” to name a few), to work the men into a lather.

The next portion of the show was the pièce de résistance: a combination of live-action and 2-D backgrounds projected on the giant screen behind the stage told the story of King Nebuchadnezzar from the Book of Daniel. However, this wasn’t a Bible Times retelling of the story. It was rhymed in rap form by a gentleman raised on a platform high above the crowd.

King Nebuchadnezzar was dressed in a long brown trench coat, his face obscured by a fedora and gas mask. His followers were dressed in black shirts and pants and wore white ski masks. Shadrach, Meshach, and Abednego were clad in leather jackets and jeans, and, because they were the good guys, there was no reason to hide their faces. The powerful performance was punctuated by both contemporary Christian music and modern rock (the performers thrashed out a percussion-heavy rendition of “Radioactive” by Imagine Dragons).  After that, the talented and robust praise team got the crowd to its feet with a few songs.

Pastor Todd Mullins then came to the stage to preach about the message from Daniel, chapter three. He basically said that we men, like Shadrach, Meshach, and Abednego, need to commit ourselves to belonging to the kingdom of Heaven. Also, as did the three friends, we must surround ourselves with good buddies who will hold us accountable, stand with us spiritually, and help us walk in our faith.

A video and collection for JAY Ministries (Jesus and You) followed, explaining that the non-profit organization’s mission is to recover lives and restore families that have been ravaged by drug and alcohol abuse.

That was followed by another brief video telling the story of how Congressional candidate and army veteran Brian Mast lost his legs in Afghanistan. Just as I was wondering where this all was going, Mast himself came out on stage to a standing ovation and underscored the importance of surrounding yourself with “brothers who love you and have your back.” To his credit, he did not monger for votes or even mention his campaign (not that he had to – his appearance alone may have been sufficient enough to corral supporters in his race against Randy Perkins).

Finally, the main speaker took the stage: Hillsong Church’s senior pastor Brian Houston. Houston, whom I had never heard speak before, delivered his message in a gravelly Australian accent (he admitted that he sometimes gets mistaken as the guy behind the voice of “Bruce the Shark” from Pixar’s Finding Nemo).

The 63-year-old strode boldly across the stage, exhorting the men in the audience with unflagging zeal. His vitality and Australian heritage – conjuring images of The Outback, Foster’s Beer, and Crocodile Dundee – may have made Houston the perfect speaker for the occasion. He spoke about the fact that Jesus was not predictable and stirred things up, so, in turn, we should also be spontaneous. Houston also talked about embracing the future, and not the past, having faith in the generation that is following us to bring new ideas and leadership in expanding upon God’s kingdom.

After he prayed us out, my friend and I filed out of the main hall and and into the parking lot where we were treated to an endless supply of coffee and giant glazed donuts that hung from foot-long pegs on a large wooden “doughnut wall” propped upon a trailer bed.

It was powerful to see so many men gathered in the name of Jesus, and if Diesel brought even one male soul to the feet of our Maker, then the cost of it all was worth the price of admission.

Amendment 2 – Concerns to Weigh Before Voting

Keep Your Pets Safe During the Dog Days of Summer