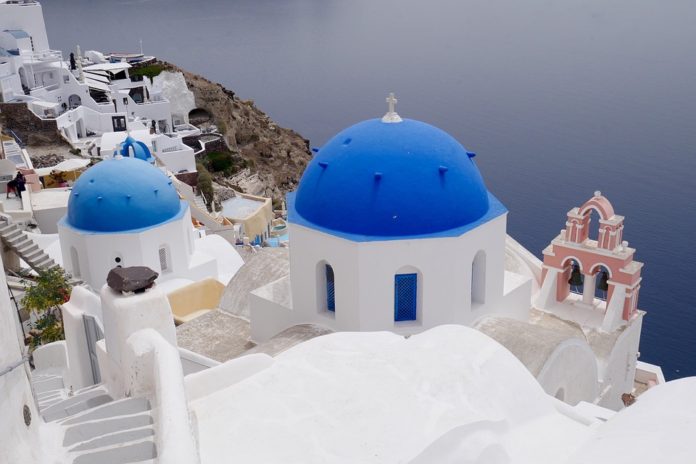 Nestlé is next to follow a trend in European food companies that removed Christian symbols from its product packaging.

The Swiss company airbrushed the crosses in iconic photographs used in its yogurt products. The Mevgal Authentic Greek Yogurt packaging featured the image of the blue domes of the Church of the Resurrection located in Santorini.

Church leaders denounced Nestlé for eliminating the crosses from its yogurt packaging.

The beautiful domes are topped with white crosses, but Nestle has edited the packaging photo and removed the crosses, according to Life Site News.

This Photoshop fiasco comes after another giant company, Lidl, erased the same white crosses of the Greek church from the packages of its Eridanous brand. The German supermarket chain claimed that they were being religiously neutral.

Church leaders denounced Nestlé for eliminating the crosses from its yogurt packaging. Orthodox leaders in Greece called for a boycott of any company which would alter church images for commercial purposes.

The Thira Diocese said in a statement, “Counterfeiting the photographic depiction of a holy church cannot be tolerated for reasons of political or commercial expediency.” It added that manipulating the images showed “a lack of respect for the integrity and the sanctity of the monuments, and, unfortunately, a lack of education.”

Metropolitan Ignatios Lappas of Thessalonica believes that Greece is being discriminated for being a small country.

He said if a company removes the crosses of the Russian Orthodox cathedral in Moscow in product packages, that company would have to pay millions in damages. “They know that the cost of damage caused in this small country will be small,” he said.

Nestlé and Lidl are not the only companies censuring Christianity.

A school in Florence, Italy cancelled a museum visit following claims that Christian artworks could offend non-Christians. A bookseller in UK was banned from having a stall at a market after she refused to stop selling Knights Templar coffee mugs. The novelty mugs featured a Christian cross and a biblical passage, Breitbart reports.

How to Make Protective Face Masks

Homeschooling for the Non-homeschool Family

Education Guest Author - March 16, 2020
It’s definitely business as usual within our home. We homeschool, which means I have all the sharpened pencils, paper, and saved curriculum just waiting...

Movies Michael Foust - March 4, 2020
The 2018 faith-based movie I Can Only Imagine opened at No. 3, earned a rare A+ CinemaScore rating from moviegoers, and became the highest-grossing...

Christian Actress in Broadway Musical Wicked: Q & A with Chelsea...

Remembering the Rally in Riviera for Corey Jones