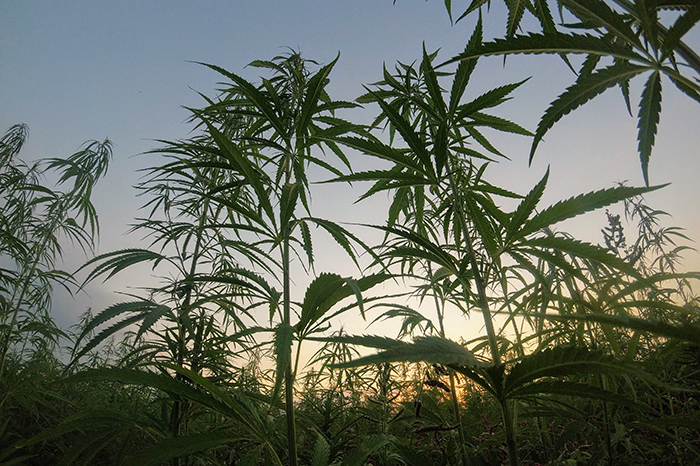 The first law to come out of the Florida Legislature’s 2019 regular session may be the most controversial legislation state legislators had to consider. On March 18 Gov. DeSantis signed into law a bill repealing the ban on smokable medical marijuana. Informed citizens need to understand what this new law does and does not authorize as well as for what medical marijuana is used.

Marijuana will not be freely available for use as a result of this legislation. Specifically, recreational use of marijuana has not been given the green light. While marijuana is commonly known as a recreational drug, this new law has only lifted a ban on the use of medical marijuana in smokable form in Florida. Medical marijuana is a physician-prescribed treatment which uses marijuana obtained from a legal, approved vendor.

Give strong drink to one who is perishing, and wine to the bitter in soul.  Proverbs 31:6

Many citizens are confused as to why this law is even required since medical marijuana use was previously authorized by a state constitutional amendment. Seventy-one percent of voters gave the thumbs up to this amendment in 2016. Nevertheless, a 2017 law which aimed at carrying out the amendment banned the use of medical marijuana in smoking form. Because of the ban imposed by that law, the state of Florida was sued; the lawsuit alleged that the law contravened the express will of the voters in passing the constitutional amendment allowing the medical use of marijuana. A circuit court judge found the law to be unconstitutional, and the State of Florida appealed the decision.

Gov. DeSantis informed Florida legislators that he would drop the state’s appeal of the court decision if a bill removing the ban on smokable medical marijuana was not passed by March 15th. Facing this deadline, the legislation effecting the ban’s removal flew through the Florida Legislature at lightning speed. It was the first bill sent to the governor out of the 2019 legislative session.

A benefit of the new Florida law is that restrictions on the use of smokable pot have been put in place. Had the state’s appeal been dropped without this law, no guidelines would have existed to govern medical marijuana’s use in smokable form.

Under the new law, marijuana may not be smoked in a public place or in a private business subject to Florida’s cigarette smoking ban. The medical marijuana must be purchased from a state-authorized vendor, allowing control over the quality and content of the product–something not available with street purchases. Patients may have no more than 4 ounces amount of marijuana in their possession at any one time, and they may not purchase more than 2.5 ounces in 35 days. Minors may only smoke medical marijuana if they are terminally ill and two separate doctors, one who must be a pediatrician, say that it is the most effective treatment.

Minors may only smoke medical marijuana if they are terminally ill and two separate doctors, one who must be a pediatrician, say that it is the most effective treatment.

Opposition to the passing the bill lifting the smoking ban was voiced. Some opponents viewed the step as starting down the slippery slope to making marijuana available for recreational purposes. Other opponents focused on health concerns. Smoking marijuana may be harmful to the smoker’s lungs because marijuana smoke contains some of the same elements as tobacco smoke. Proponents of smokable marijuana countered that long-term effects on the lungs from smoking are not a concern for terminally ill patients and that all medicines have side effects.

Florida has joined a growing number of states who have approved medical use of marijuana. California was the first state to legalize medical marijuana in 1996. Thirty-three states and the District of Columbia have now sanctioned the use of marijuana for medicinal purposes.

While legal approval of medical marijuana in this country may be relatively recent, marijuana’s use medically has been ongoing for thousands of years in other civilizations. For example, cannabis is one of the fifty fundamental herbs in traditional Chinese medicine. Despite its long history of medicinal use and its more recent legal approval by various states for this purpose, marijuana has not been approved by the FDA.

It is classified as a Class I drug meaning that it is deemed of no medicinal value. The possible risks of marijuana use have thus not been assessed in clinical trials because of this classification.

Medical marijuana is used to relieve symptoms only; it is not prescribed to treat or cure the underlying disease. THC, the mind-altering ingredient in marijuana, stimulates cannabinoid receptors in the brain resulting in reduced pain and increased appetite. Marijuana can reduce nausea during chemotherapy, improve appetite in people with HIV/AIDS, and reduce chronic pain and muscle spasms.

While there are several methods for using marijuana including smoking it, eating it in baked goods or edible items, taking it orally in a synthetic pill form, and rubbing it on in a cream form, smoking marijuana allows the marijuana to go immediately into the bloodstream. It is diffused there directly from the lungs. Methods of use other than smoking take longer to achieve results.

Now that the new Florida law has taken effect, the business of selling smokable marijuana is moving forward. On March 21, the first smokable pot sale occurred Tallahassee. Trulieve, a medical marijuana company with 26 dispensaries in Florida, sold smokable whole flower buds to a patient in Tallahassee.

7 Steps to Improve Your Health

Harmful vs. Beneficial Foods for Optimum Health and Weight

Five Steps to Freedom from Addiction