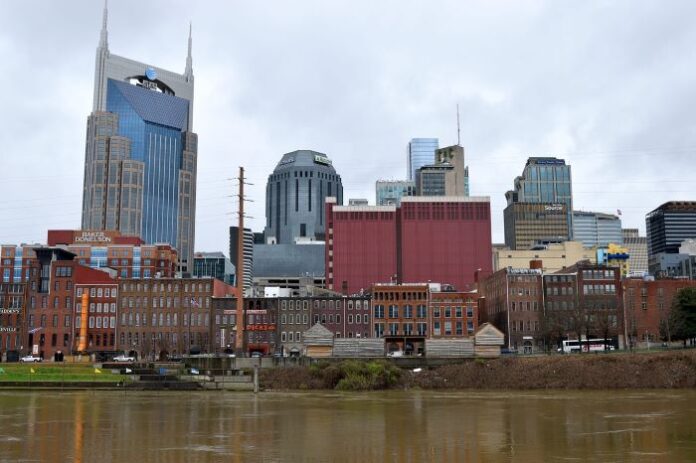 Thousands of Southern Baptists gathered in Nashville for the denomination’s annual gathering, the biggest convention yet in 24 years.

The 2021 SBC Annual Meeting, with the theme “We are Great Commission Baptists,” was held in the Music City Center, a 2.1 million square foot facility in downtown Nashville, from June 15-16. More than 16,000 Southern Baptists joined the event to discuss major issues facing the largest Protestant denomination in the U.S., including critical race theory, women’s role in ministry, race, politics, and abuse, reports Christianity Today.

The SBC Annual Meeting is a time for Southern Baptists to come together and celebrate how God is moving in and through our convention and churches. —Ronnie Floyd, president and CEO of the SBC Executive Committee

Pastors in Tennessee led prayer for spiritual awakening. On the eve of the convention, hundreds of Southern Baptists flocked into a meeting room to join in prayer and worship. Robby Gallaty, lead pastor at Long Hollow Baptist Church in Hendersonville, led one of the first sessions. “Tonight is really going to be about Jesus,” he said.

Outgoing SBC President J.D. Greear has called for a three-day fasting ahead of the annual gathering. He said he prayed for unity, boldness and wisdom from above. In his speech before the executive committee on Monday, Greear said, “What happens over the next few days has not just impact on our fellowship together, it has impact on the witness that we give to a watching world.”

On Tuesday, Southern Baptists elected a new president to succeed Greear. Ed Litton, a pastor from Alabama, won 52% of the vote against Mike Stone, a pastor from Georgia, according to AP News. A pastor known for racial reconciliation, Litton has served as the SBC’s first vice president in 2001 and has worked on local race issues in Mobile.

In a press conference after his election, Litton vowed to continue some of the work on diversity spearheaded by his predecessor as he stressed the importance of Baptists of color in the convention, reports Religion News Service.

He described the SBC as a family. “We’re a family, and at times it seems like an incredibly dysfunctional family. But we love each other.”

Dean Inserra, pastor of a large SBC church in Tallahassee, FL, tweeted that Litton is “one of the most godly men I know,” and he assured that, “We are in VERY good hands.”

From Slavery to Feedom Through Forgiveness