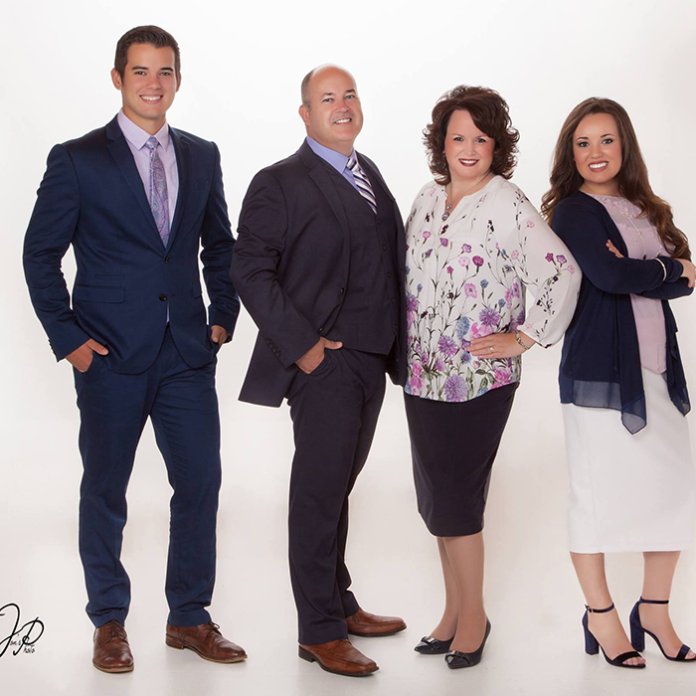 From the Baer’s Den
By Brian Baer

The Lore Family – Now & Then

When a group decides to release an entire project of cover songs, one of the first questions they ask is, “What songs do we choose?” For a few years, The Lore Family, from Portsmouth, Ohio, has had the desire to record a project of classic Southern Gospel songs.

“Our goal was to bridge the past and the present,” said Darren Lore. “We strived to keep the songs true to their originality, but we worked on bringing the songs into the ‘Now.’ Many listeners have never heard these songs. But others will be able to sing every word. We pray that our ‘Now & Then’ project will be as inspiring, uplifting and encouraging as the songs were 30-40 years ago.”

Beyond the technique, style, mixing and arranging, The Lore Family has the power of God on their singing. They have done their part to put together high quality music for the public without sacrificing the anointing of the Holy Spirit.

Since I grew up listening to this genre of music, I was excited to hear the Lore Family’s spin on some familiar favorites. I listened to the entire project a few times as I drove to and from recent revival services, and here are my thoughts from the “Baer’s Den:”

(In no particular order)

Free Indeed – This song has been sung for many years in all different styles. The Lore Family chose to keep the style traditional with a medium tempo. Featuring Samuel, Fayth and Sandy on the first verse really balanced the song as Darren takes over the lead for the majority. The four-part harmony is warm, and the mix is very good. A surprise ending will make you ask the question, “What song was that from?”

He Came to Me – This is a powerful Squire Parsons tune I have not heard recorded for many years. It features Samuel Lore and has a slow R&B feel. The rest of the Lore Family sings backup. John Darin Rowsey is responsible for the arrangement, which will surprise many long time Southern Gospel fans.

I’ve Got My Mind Made Up – I first heard this song performed by The McKameys and can still see Peg stomping her foot while singing, “My foot’s on the rock and my mind’s made up.” Sandy Lore takes this song to new heights! All I can say is, WOW! This is a foot-stomping (pun intended), Hallelujah, go-to-meetin’ type of song. You will find yourself wanting to clap and sing along. Most importantly, it will give you the confidence you need to speak to the devil and say you’ve had enough!

It’s Not So Hard to Praise Him – Alabama Lightning (LIVE) was a great album by The Wilburns, and it featured Tony Gore singing this song. Darren Lore took the responsibility to sing the verses and the lead. The family did a great job sticking to the original “Wilburn” sound, which in my opinion, there’s “no need to fix what isn’t broke!” I would also request a “live” version with a guest appearance by Wilburn & Wilburn.

Just Any Day Now/We Shall See Jesus – This is a mashup of two great songs. I can see this getting a lot of play on the radio. I also believe it will do very well in camp meetings and revival services, venues the Lore Family is made for! In my mind, I didn’t think these two songs would fit together. But after hearing the mashup, I had to hit repeat a few more times. What a great way to reintroduce these two songs!

Master of the Wind – Candy Hemphill Christmas made this song famous a few decades ago. Since that time, few have tried to cover this classic, but Fayth Lore does an outstanding job! You can really feel her sincerity, and the family’s backup vocals really compliment her lead vocals. The final chorus breaks away from the traditional sound and leads into a strong ballad. It’s a great ending to an even greater song!

Until You’ve Known the Love of God – This song brought back so many memories. The Holy Spirit touched me, and I was transported back to when I heard this song as a child. The words really spoke to me again, and the tears flowed! The correct style was maintained, and nothing fancy was thrown in – just the way it was supposed to be.
When God’s Chariot Comes – Howard and Vestal Goodman would be so proud of this arrangement of their hit song. The Lore Family put their own twist on it, but you can certainly hear the influence from the king and queen of Southern Gospel!

When I Receive My Robe and Crown – I remember playing my dad’s eight-track tape player and hearing this song from The Nelons. I have yet to hear anyone cover this song other than the Lore Family. It’s different from any other song on the project since it has the classic, quartet, convention style. Samuel does a great job on Rex’s bass parts, and I really enjoyed the transition from the traditional style into more of a camp meeting, cloud of dust arrangement.

When I Wake Up to Sleep No More/I’ll Have a New Life – This is another great mix of two quartet songs. So many groups have done these songs over the years, and The Lore Family does a great job to make it their own.

Now back to my initial question, “What songs do we choose?” The Lore Family made the right decisions for what is seemingly the first volume of more cover songs to come. Beyond the technique, style, mixing and arranging, The Lore Family has the power of God on their singing. They have done their part to put together high quality music for the public without sacrificing the anointing of the Holy Spirit.

For those who have never heard Southern Gospel or, maybe you’re like me and have heard it all your life, this project will bless and encourage you. It is my prayer that more songwriters and groups would seek the face of God for songs like these.

It’s not so much the style but the substance. May we not sacrifice the anointing just to make sure we have a “three-chord and a cloud-of-dust” song. It’s not chords that will bring you to Christ — it’s the message!

The Lore Family’s project, Now & Then, will be released on August 1. Be sure to visit thelorefamilyministries.com to get your copy!

You Worship by Surrendering