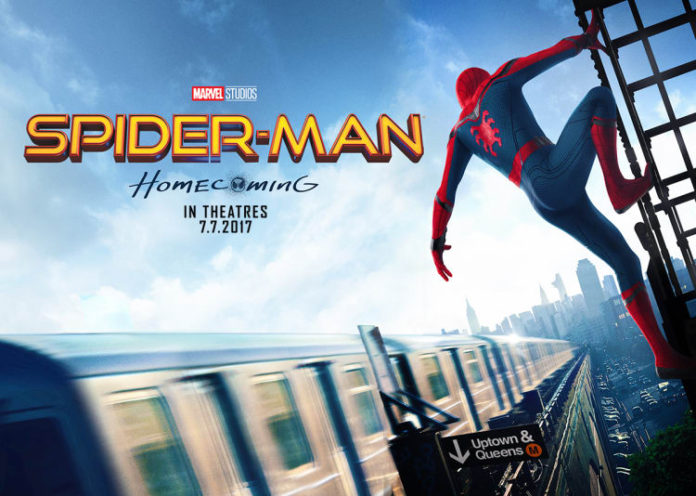 Spider-Man: Homecoming, one of this year’s highly anticipated summer films of 2017, swung its way to both theaters and audiences everywhere.

Thrilled after his experience helping fight alongside the Avengers in Captain America: Civil War, 15-year-old Peter Parker is now under the watchful eye of his mentor Tony Stark, aka Iron Man, as he sets out to prove he is more than just “your friendly neighborhood Spider-Man.”

The young hero attempts to balance his new responsibilities and normal everyday life, such as living with his Aunt May and dealing with the typical social issues of high school. A new threat known as the Vulture emerges and seeks revenge after being driven out of business thanks to Starks Damage Control team.

Now it is up to Peter to not only save the day and those he holds dear around him but to discover what it truly means to be a hero as well.

Entering its second reboot (and hopefully its last), Spider-Man: Homecoming offers a fresh take on a familiar and well-known character without having to rehash yet another origin story while also offering a lot to its fans. One could even argue this is the long anticipated Spidey film everyone has been waiting for since its first big release back in 2002.

What makes this film enjoyable is its pacing and the characters—especially its lead frontrunner Tom Holland.

As the youngest actor to portray Spider-Man, Holland is a great (if not the best) Spider-Man to date to take on the red and blue uniform. His portrayal of Spider-Man is not only comedic and entertaining, but it is his take on the social outcast and young Peter Parker that makes audience members generally invested in the character.

Unlike the other Spider-Man franchises and previous actors who took on the role, Holland brings us back to what makes Peter Parker a revered character; the internal struggle of a hero who has to carry the weight of the city on his shoulders, but also the story of a young boy finding his worth and self-identity behind the mask.

There is one scene in particular, (Spoiler) having lost his enhanced-powered suit, Peter attempts to go after Vulture on his own. However, his attempts fail and he is left to die. In that scene, we are reminded of the human side of Peter. It is at that moment when he is able to comprehend he is more than just a suit and a second persona, and that the inner strength of a hero comes from within and working hard to do what is right.

Peter is a flawed character at times due to how young he is. With that being said, that is also what makes Holland’s rendition of this character so likable and relatable.

No matter how many punches he’s thrown or how many times he might fail, Peter keeps getting right back up.

On top of that, he is just a kid wanting to do the right thing who also happens to enjoy the perks of being a super powered hero swinging from building to building.

The balanced pacing leads up to the moral of the film: there is more to you than what meets the eye. Although sort of cliché, it still works well. The other characters are also a lot of fun to watch and add a certain colorful and adventurous feel to the film much like the typical Spider-Man Comics do.

The humor in the film, though at times a bit crude, is super enjoyable and doesn’t take away from the light-hearted moments of the film.

At times the action in the film may seem to be a bit downplayed or a little too corny, however, the final battle at the end makes up for it and really shows why Spider-Man is considered one the best Marvel superheroes.

Overall, Spider-Man: Homecoming is one of the best films to have been released this year alongside many others and here is looking forward to what this new franchise has to offer for our Spidey friend.