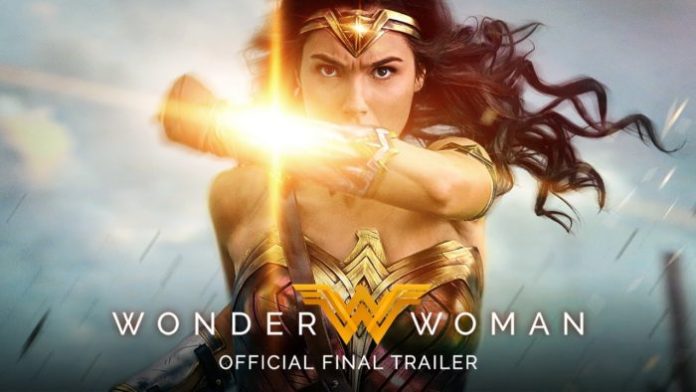 Wonder Woman is not your average everyday superhero film.

Like most origin stories, Diana is a young woman having gown up on the island of Themyscira as she trains day and night with her fellow Amazonian warriors in hopes to become the best. Unbeknownst to her, there is a hidden secret regarding her birth and destiny.

Diana’s motivation to make the world a better place through said pure nature is the strongest asset to the film while also addressing the issues of sin and the power of love.

One faithful day after being denied the ability to continue training, Diana encounters World War I pilot and spy Steve Trevor after saving his life from a plane crash and is informed of the ongoing war taking place and learns of a new world that lies between her island. Diana is sure this is the work of Ares, the god of war, and makes the decision to leave and fight in the war.

After venturing to London, Diana and Steve set off as the two team up with Steve’s old friends and allies while the young warrior not only hopes to destroy Ares, but discovers she is capable of so much more.

Unlike most DC Cinematic Universe films (DCCU), Wonder Woman not only provides audiences with fast-paced action sequences and humor, but it also tackles the themes of love, humanity, good vs. evil and acceptance as we see our hero in the heart and destruction of WWI while also learning to adjust to modern day society.

While today’s superheroes are portrayed as either too perfect, too complex, or too angsty, Diana is a character with flaws as she struggles to do the right thing. However, she is constantly learning that sometimes doing the right thing is never the simple solution as her pure nature and her lack of understanding about the “real world” is always trying to bring her down.

Nevertheless, Diana’s motivation to make the world a better place through said pure nature is the strongest asset to the film while also addressing the issues of sin and the power of love.

Although Diana’s upbringing is centered on Greek mythology, one could argue the character symbolizes that of a “Christ figure” as Ares informs the young goddess that the human race is “not worthy” of her rescuing during the climax of the film. Diana, now understanding the human race is complex and constantly full of evil, tells Ares she still vows to protect these people from anything that may threaten them through the power of love.

Even after realizing and accepting the human race will never be as good and pure as she would like it to be, Diana, much like Christ, still sees something in these mere mortals and finds hope that they are still worth loving and saving.

Another great thing about this film is the characters. Many could argue that movies nowadays do not give too much attention to the supporting cast and they are often seen as “throwaway” characters. This is not the case with Wonder Woman; especially with Steve’s character.

Steve and Diana’s chemistry on screen is perhaps one, if not the best, romantic superhero relationships ever. Not only do they both respect each other as allies during the war, but as the movie progresses Steve understands Diana is a symbol of hope and accepts the fact that Diana’s legacy in one he cannot prevent.

Much like how society was attempting to put Diana down, Steve, after putting aside his pride, saw greatness in the young warrior and came to humble himself before her while opening his eyes to see there is still hope in a world rampaged with war and violence.
Overall, this movie is a joy to watch from beginning to end and has something for everyone; romance, action, comedy, suspense and a surprise twist as comic book fans of the original source material will be happy to know the DCCU did Wonder Woman justice.

Now is it the best superhero origin story made to date? No.

But it comes REALLY close.

Written by Monica Solano. Monica graduated from California Baptist University earning her Bachelors of Arts degree in English and Journalism with experience in newspaper, magazine, and online writing. She is passionate about writing and hopes to inspire and encourage others through her words while applying her faith into every aspect of her work. Whether writing or talking to a stranger, she wants to allow the Holy Spirit to move her in every way possible. Get to know more about Monica on her blog at monicainessolano.wordpress.com.

There’s a new streaming platform — and it’s a great option...